Last night I dreamt that I was under and enormous tree, which had fruit all over it. As I watched the fruit ripened,  and I realised it was a cherry tree.
As I looked closer I discovered that the whole tree was diseased and the fruit was covered in bugs. I started screaming and yelling for someone to do something because the whole crop would be lost.
So any ideas?
I have non myself so I am asking you all what you think it means.
Posted by angela at 9:07 AM 3 comments:

I would just like to say how sorry I am to hear about the NZ miners today. My heart goes out the families and friends of the miners who lost their lives.
Australia and New Zealand  are like siblings, we love to razz one another and we especially love to beat each other in sports.
But when it comes down to the crunch we always pull together and we always will'.
The ANZAC spitit will always live on.
Please remember all New Zealanders in your prays.
Posted by angela at 7:26 AM 4 comments:

Yes I am up early and on the puter because its the quietest thing I can do. But my secret that I have not shared with you all is that everymorning for the last two weeks I have been getting up very early and going to the gym.
Not a womens only gym, but a real gym.
I know, I was shocked too!
But you know what I am enjoying it. The people who go there this early are all very nice, and there are no gym bunnies with their little gym outfits making everyone else feel fat and ugly.
So there you go, I am getting fitter everyday and yesterday I even ran on the treadmille for a full minute.
Its a miricle I know.
So off I go again. who would of know hey!
see ya
Posted by angela at 5:58 AM 5 comments:

Remember Our Lambs and Cows that we got two seasons ago. 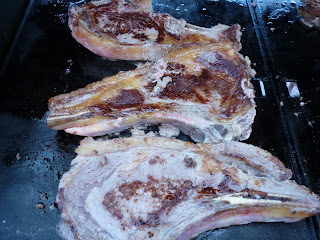 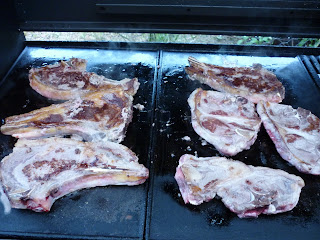 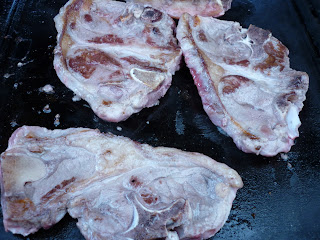 Well here they are on the BBQ. Fresh meat from our land and raised on pasture without chemicals.
It is sad that they had to die, but I am a meat eater and at least I know that they had a good life, were treated well and were trully loved.
Not in the way you think!! Hahahah
I believe that if you eat meat, and you are able, you should take responsibilty for how the animal lives and is butchered.
So this meat was not only extremly healthy, but worked out at less than $5.00 a kilo for the beef and much less for the lamb.
So a tick in every box really.
Ok let the abuse begin.
see ya
Posted by angela at 8:50 AM 4 comments: 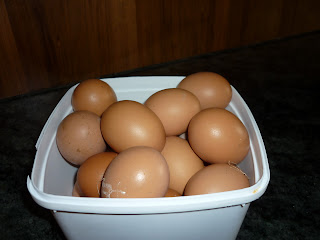 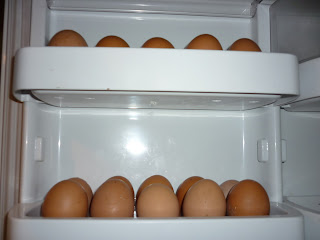 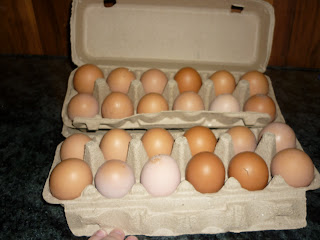 No these are not the same eggs photographed in three different ways. They are all the eggs I had in the fridge yesterday. And I collected another 12 in the afternoon. Luckily I was able to sell off 4 dozen last night and this morning.
when I let the chooks out a little while ago there were another 6 eggs for me.
At least by selling the excess I now have enough money to go and buy another bag of feed for them.
So anyone else want any eggs?
They are oh so yummy! Think I'll go and scamble some for morning tea.
see ya
Posted by angela at 10:21 AM 6 comments: 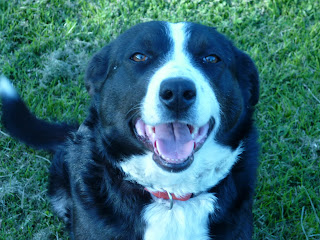 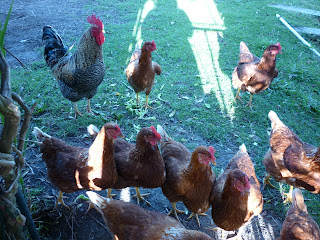 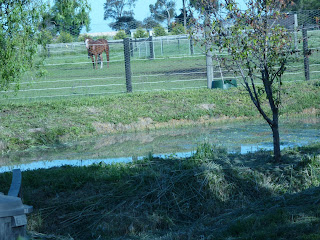 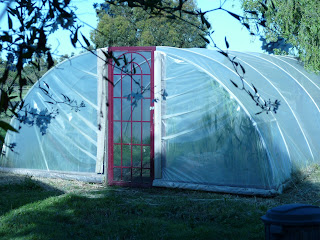 Not much to say today, the weather is crazy and is going from over 30 degrees one day to 12 degrees and rain the next.
So here are some pretty pics I took on one of the nice days.
see ya
Posted by angela at 10:09 AM No comments: 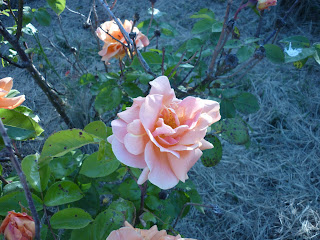 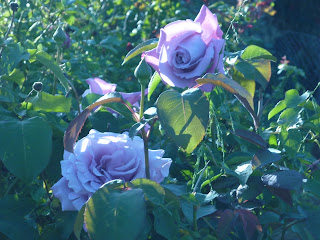 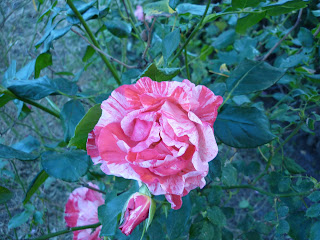 These are some of my roses! I dont know what they are called because they have been in the ground for years now and most anyway were bought cheap at markets and things and they did not have tags.
Roses are so easy to grow, I have not given them any water for about 5 years now and they continue to survive and blossom for me every years. I dont even cut them back every year and they still flower.
I really am a lazy gardener so roses suit me fine.
see ya
Posted by angela at 8:14 AM 3 comments: 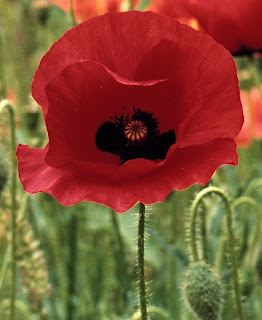 Remembrance Day is observed on 11 November to recall the official end of World War I on that date in 1918, as the major hostilities of World War I were formally ended "at the 11th hour of the 11th day of the 11th month" of 1918 with the German signing of the Armistice.

Lest We Forget!
Posted by angela at 8:16 AM No comments:

the first of the summer berries 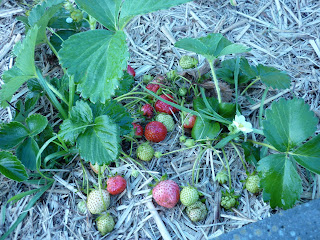 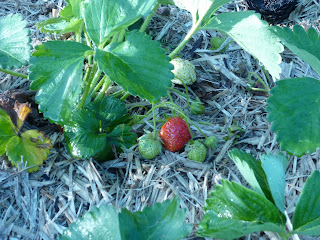 I got these strawberry plants from my sister in law just this year. They have been planted in the raised garden bed and are now producing abundantly.
I dont know what variety they are but they are an heirloom variety and they grew from my sister in laws original plantings. They grew so well she had to thin them out and I received lots of plants.
I even tasted one while I was watering them and even though it wasnt completely ripe, it was so sweet. No need to add sugar to these babies.
see ya
Posted by angela at 6:39 PM 5 comments: 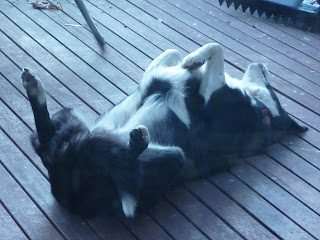 This is my dog Molly. she is a three year old border collie. she is a kind, gentle affectionett dog. She is also very bright and loyal. The only problem is this is how she sleeps! Looks funny doesnt it. Only problem is the first few times I saw here like this I had a heart attack!
Now that I know she likes to sleep like this its not a problem, but you should see the looks on peoples faces when they see her. Her favourite place to sleep in just on the outside of the glass sliding door, which you can see as you walk in the front door. See the problem. She has freaked out a few relatives in the past but now they are getting used to her too.
Very funny indeed.
see ya
Posted by angela at 12:50 PM 2 comments:

As you know I found that cute little turtle in my back yard. What I havent told you yet is that was only the begining.
The next day, the boys found another turtle only this one was the size of a saucer you use under your cup of tea. No one remembered to tell me until a few days later, as I wasnt home at the time.
And no one thought to take a photo, but that turtle too was gently placed in the dam out the back. This was on Wednesday while I was at quilting class.
On the Sunday Hubby and I decided to go and visit with his brother, it had been raining alot, again, and the sides of the road were flooded.
As we were slowly driving along I noticed further up some splashing in the water. I was going to have a look as we drove past but hubby stopped the car and started to reverse. He had noticed splashing as he drove past the spot we just past. I told him about the splashing I saw and decided to check out both spots.
Imagine our surprise to see fish on the road!
He rescued 4 fish, and we think they are silver perch. It looks like someones dam had overflowed, and the perch swam out. They then ended up in the drain buy the side of the road. We live in a rural area and our drains are just ditches buy the side of the road. When they flooded the fish ended up on the actual road.
It sure has been a surprising week here.
How about you? Rescued anyone or thing lately?
see ya
Posted by angela at 2:26 PM 1 comment: